Blood flow through the heart is directed through four different valves, each with leaflets, or flaps, that act as one-way doors into the next chamber. But in aortic regurgitation, the aortic valve fails to close completely, and blood leaks backwards through it. Patients with significant aortic regurgitation often feel fatigued, short of breath and lightheaded, and can lead to heart failure.

Patients in South Carolina with severe aortic regurgitation previously had only one treatment option: open heart surgery. But with new transcatheter heart valve technology, a new aortic valve can be placed inside their diseased one by an already established, minimally invasive technique known as transcatheter aortic valve replacement (TAVR).

TAVR originally emerged in 2002, according to a paper in Circulation Research. By entering through the femoral artery in the groin, surgeons could reach the heart by using a catheter and replace the valve without opening the chest. This method proved successful for treating aortic stenosis – which is when the valve narrows and restricts blood flow – but it was not used to treat aortic regurgitation until now.

Nick Amoroso, M.D., an interventional cardiologist at MUSC Health, performed South Carolina’s first TAVR for aortic regurgitation in May of this year, and he performed the hospital’s second in June as part of a clinical trial for the new valve device, known as the JenaValve trilogy heart valve. MUSC was also the site of the state’s first TAVR procedure for aortic stenosis a decade ago. 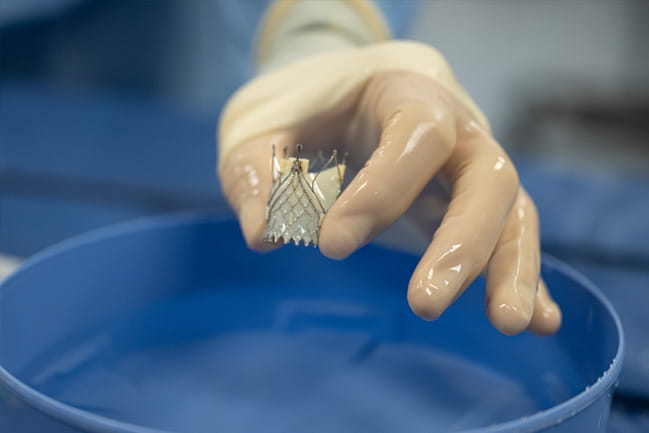 With the device, physicians can place a healthy valve inside the leaky one by clipping it onto the natural valve’s original leaflets without using any sutures. In previous TAVR techniques, surgeons used existing calcium or scar tissue to adhere the valve device, but this only works for certain types of valve disease. This new device makes TAVR possible for a greater number of patients.

Amoroso points to the device’s other technical advances as well. “The device aligns with the patient’s natural anatomy,” he said. “This allows for better and more efficient blood flow to the heart’s arteries.”

Another drawback to traditional TAVR techniques is coronary re-access, according to Amoroso, but the new valve allows for more successful valve access after placement, which is important for any future procedures.

The new procedure is performed by both Amoroso and cardiac surgeon Sanford Ziegler, M.D., in the hybrid operating room at MUSC Health as a precaution against any risks associated with heart surgery. Other members of the heart team are present during the procedure as well, including a cardiac anesthesiologist. Amoroso and Ziegler gain access to the heart via a needle hole in the femoral artery in the groin. A long sheath is inserted until it reaches the aorta, which allows for the JenaValve to be safely deployed using a specialized clipping mechanism. The surgical field is visualized using ultrasound guidance as well as an x-ray camera. Once the grasp on the leaflets is confirmed, the team also confirms the leak is sealed by both fluoroscopy and transesophageal echocardiogram before releasing the valve and removing the delivery equipment. In both instances, the patient has gone home the following day. 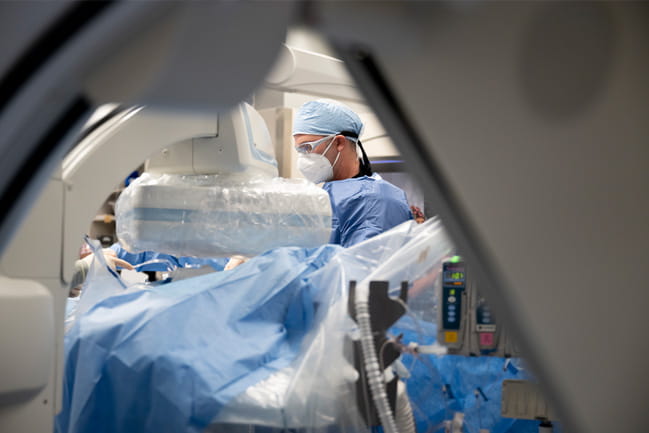 The JenaValve has been approved for commercial use in Europe but is not yet approved in the United States and is currently being used as part of a clinical trial. Amoroso says the results have been promising.

“I think the procedure offers a treatment opportunity for a whole group of patients whom we’ve only been able to treat with open heart surgery in the past,” he said. “This valve offers an alternative for treating patients with aortic regurgitation with a minimally invasive technique that allows patients to recover more quickly.”

To watch a video of the procedure accompanied by an interview with Amoroso, visit the MUSC Health Medical Video Center.